The difference between HSPs and non-HSPs

Now that you understand what HSP is, let’s delve into the topic a little further.
There are many factors and steps to take in order for HSPs not to feel so overwhelmed. If you are an HSP, the first step that will help you to be less overwhelmed is to understand the difference between HSPs and non-HSPs. This is the key for us HSPs to live a better life.

Why do HSPs get overwhelmed so easily?

If you are an HSP, you can easily be overwhelmed by everyday life. No matter how much we name great things about being an HSP, it won’t make any difference if we can’t get rid of that overwhelming feeling. So why do we get so easily overwhelmed? I believe that our society is centered around non-HSPs’ sensitivity, so we HSPs as the minority struggle to fill in the gap between the two. In fact, many HSPs don’t even realize there’s a gap between them.

What does “many HSPs don’t even realize there’s a gap between them.” mean? Here’s an example:

In the world, approximately 10 % of the population is left-handed. Imagine there being a world where no one cares about someone being left-handed. All seems fine for righties as everything in this world is designed according to suit right-handed people’s needs. However, the other group spends a hard time adjusting themselves to it, as they are expected to do everything like the other group does. It’s very tough wouldn’t you agree?

Now, some people think it’s alright since left-handed people know they’re a part of the minority and that they must fit in. However, It’s not that simple. What I’m saying here is, imagine there is no concept of being left-handed in the world, That would mean no one has ever thought about it including the ones left-handed.

If no one talks about someone being a lefty, no one would care to think about your dominant hand. Why? because the world is fine as it is. Plus, left-handed people wouldn’t wonder why they are as they are since the world is centered around right-handed people. However, they must feel stress towards what they cannot easily do with their right hand such as using scissors and throwing a baseball.

With that being said, in today’s world, we all know there are two types of people. Right-handed and left-handed, or even both-handed. Thus, there are certain ways for lefties to get around it. There are even products specifically made for left-handed people. Furthermore, some sports are believed to be more suitable for them. This is a huge difference between a world with a concept of left-handed and a one without.

As you might’ve already guessed my point, only a few people know about HSP in today’s society. So, it’s very similar to the world where a notion of left-handed doesn’t exist. If more and more people recognize HSP, HSPs would struggle less. To make that happen, first HSPs need to realize that they are HSPs themselves and understand the difference between HSPs and non-HSPs. The reason why is for non-HSPs, the majority, it’s difficult to realize the concept of being left-handed.

To reiterate, it’s inevitable for us HSPs to understand the different between HSPs and non-HSPs. That’s the start to make our lives easy.

How can we understand the difference between HSPs and non-HSPs? 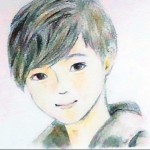